Blue Diamond Zkittlez is an indica cannabis strain that was first bred by Dying Breed Seeds. It’s a cross between Zkittlez and Blue Diamond, and emits a scent that’s reminiscent of sweet soil and tart citrus with a bit of a floral undertone. Its buds are generally shaped like little Christmas trees and can sometimes have hues of blue tinging its edges.

Reviewers report experiencing what are typically believed to be indica effects such as a mellowed attitude and relaxation that spreads from head to toe that can sometimes turn into sedation. Aches and pains may possibly fade according to some, and a powerful cerebral high might knock out any stressful or anxious thinking.

There have been a few reports of Blue Zkittlez increasing sexual desire and arousal, so keep this in mind if you decide to grab some at your dispensary.

THC levels tend to vary but level off around the high teens and low 20’s.

What strain is blue Zkittlez?

Created by Dying Breed Seeds, Blue Zkittlez is an indica-leaning cross between Blue Diamond with Zkittlez, forming what is reported to be a potently aromatic plant with a floral, tart flavor profile with sweet undertones.

Is Blue Diamond indica or sativa? 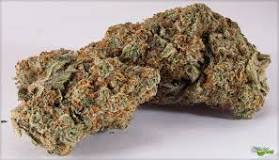 It passes on a compact OG-like bud structure, but is often allows the qualities of whichever strain it is crossed with to flourish (Green Diamond for example). Much to my chagrin, the Blue Diamond Strain seemed to carry on this tradition. Be the first to review “Blue Diamond Zkittlez” Cancel reply